While BBBSEMO has been a very successful mentoring organization, their leadership recognized that their services had to continue to evolve in order to better serve their Littles. In 2014, BBBSEMO expanded their vision and made a commitment to continue serving Littles past the traditional cut-off at high school graduation and provide support services up to age 25. Because over 90% of Littles enter the program in grades K-8, BBBSEMO’s methods for recruitment and service were designed with that demographic in mind. BBBSEMO found that their recruiting and service methods that had been so successful with younger Littles, were not translating well to high school aged youth. Also, BBBSEMO had far fewer volunteers who wanted to be Bigs to high school students, as teenagers were often perceived as more challenging to mentor compared to children. Staff discovered that older Littles really valued increased independence and yearned to be provided with skills that fostered self-advocacy and self-sufficiency. BBBSEMO also wanted to ensure that their alumni Littles succeeded at the college level. These goals introduced a new, potential area of programming to BBBSEMO, but they lacked a model or conceptual framework for how to help alumni Littles best during the transition to college and while enrolled in college. 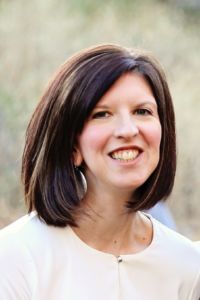 “My favorite part is the alignment with our mission – evidence informed practice, committed to one-on-one relationships and it forced us to progress in a way we need to.” 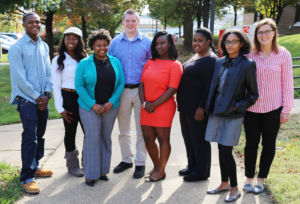 The staff at BBBSEMO met with Mentoring Central’s President and Senior Research Scientist, Dr. Janis Kupersmidt, to learn more about promising work in the emerging field of youth-initiated mentoring, and specifically about the Connected Scholars program. While they were looking for programmatic solutions, they also wanted to make sure the program fit BBBSEMO’s culture, mission, and desired outcomes for their Littles. They immediately recognized how Connected Scholars provided a structured way to address the issues they were trying to solve. The once-a-week workshop/class model helped students identify natural mentors who were already in their network of support, and develop the concrete skills needed to identify and cultivate relationships to help them succeed in college as well as in their future careers. They were not taught to abandon pre-existing mentoring relationships, such as their relationships with their Bigs, rather the program had the goal of helping them to expand their existing networks to include more strong ties as well as to cultivate some weak ties into becoming stronger ties as ways of building their social capital.

BBBSEMO staff met with administrators at two of the St. Louis Community College’s campuses that served many of their alumni Littles. The college administrators immediately saw how the Connected Scholars Program addressed issues they too were trying to improve: rates of retention, graduation, and transfer to 4-year college. BBBSEMO and the community college leaders decided to pilot the program on two campuses of St. Louis Community College they had visited. The Connected Scholars Program was set up as a voluntary, non-credit course. On one of the campuses, BBBSEMO collaborated with the TRIO Student Support Services program, which is designed to help first-generation, low income students or students with a documented disability succeed in college, to provide additional support services for the students.

On the one hand, the course did exactly what they wanted. With the Connected Scholars Program, BBBSEMO staff were able to talk students through thinking about their goals and who in their networks would be able to help them reach those goals. Students were also encouraged to expand their support networks and trained on how to reach out to faculty, classmates, campus resources, and academic advisors. They were able make the transition to community college easier by helping Littles navigate the novel and confusing system found in most colleges. Sometimes, the BBBSEMO staff even walked students to academic offices like the financial aid and bursar’s offices, as part of the scaffolding process, to help them develop self-advocacy skills. In the Connected Scholars meetings, Littles really enjoyed the group discussions, talking about their own transition to college, and hearing the experience of students who were just a year or two ahead of them in college.

In addition to providing the intended support and services, Connected Scholars also had wonderful unexpected benefits.

First, the program created the opportunity for staff to really get to know the former Littles on a personal level. The instructors of Connected Scholars were able to discuss their students’ lives, challenges, academic and career goals, and needs with them. Students would often stay after class, not only to discuss the content of the session, but also their own lives and what they were trying to figure out. Second, until the class, the group members didn’t know the other former Littles who were on campus.

As the students got to know one another, they organically developed their own support system. The former Littles admitted that they never would have done this work on their own. Kate Dopuch, Chief Program Officer, and Tashanna Rucker, Senior Director of Big Futures, were particularly impressed by the culminating networking event held towards the end of the Connected Scholars program. The networking event is built into the curriculum to give participants an opportunity to try out their new networking and relationship-building skills with potential mentors. For example, students who are interested in nursing programs might network with current nursing students or faculty in the nursing department. A highlight of BBBSEMO’s first networking event was that one student received a job offer after speaking with the owner of a local business.

Like any new program, BBBSEMO ran into some unanticipated barriers. In particular, they discovered that most of the students worked and had additional family obligations which caused scheduling problems, though they eventually found a time that worked for most students.

The real benefit to staff in teaching the Connected Scholars program was how the program provided them with new insights into how to best support former Littles and build stronger relationships with them – and that one-to-one relationship is a critical element to BBBSEMO’s philosophy.

BBBSEMO is so impressed with Connected Scholars that they want to expand the program to teaching it at additional St. Louis Community College campuses in the future. They are also looking forward to offering the high school version of the program, so that Littles can receive the valuable skills taught by the program before they transition to college, giving them a head start in their own success. Their next step is to secure funding to expand the program. They are confident they can do this, as they have relationships with funders who value outcomes that are valuable to the community.

The instructors of this pilot program provided advice to other organizations looking at launching their own Connected Scholars programs. Finding senior community college administrators to champion the program was essential. Getting approval to make Connected Scholars a one-credit hour course has been an exciting and groundbreaking innovation in the initiative and staff see it as a must, as students need the credit to compensate for the time commitment they will spend in class and on the real-world assignments.

This will be the first time that the BBBSEMO program has been invited and approved to teach a community college course. They also admitted that being an early adopter of a new program is not the easier path to take as it takes a significant investment of time to get it started.

With more youth-serving agencies seeking effective ways to work in the post-secondary world to help their youth successfully make the transition to and through college, they expect many more programs will be turning to Connected Scholars. 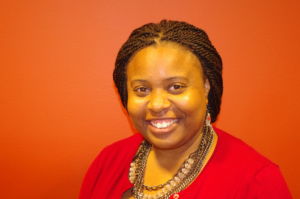 “Our students opened up and shared a lot of information about themselves. So we know how to better support them now.”

Click to view the entire case study as a downloadable PDF